The latest series of iPhones have been revealed yesterday at the Steve Jobs Theater in Cupertino by Tim Cook. They come jam packed with astounding cameras which take staggering photos, a new A13 Bionic processor and much more.

It has retained the same design apart from one big change, the square camera bump which now incorporates a second lens: the ultra-wide lens with a 120° field of view, an f/2.4 aperture and a brighter True Tone flash. The ultra-wide lens allows much more information to be seen, and will allow for some truly stunning photos to be taken.

Also, you aren’t limited to taking portrait photos of only people anymore. Now, with the remarkable new cameras, a new Night Mode feature is coming to the iPhone 11 models. This will allow for the phone to take great photos with very low noise in ultra low-light environments.

However, camera upgrades have not only been reserved to the rear cameras this year. The front-facing camera on all iPhone 11 models are getting a new 12 Megapixel sensor, much better than the previous 7 Megapixel version. With this new front-facing camera, you can now record 4k at 60 fps, yes, 4k60, with support for slo-mo available at 1080p at 120fps. Display specifications have remained identical this year with the same 6.1 inch liquid retina display, as on the iPhone Xr.

Water resistance of up to 2 meters, quicker Face ID for unlocking and tougher front and back glass are key features of the iPhone 11.

The new A13 Bionic is certainly Apple’s most impressive chip yet, and they call it the fastest CPU and GPU in any smartphone today. On stage, a new game called Pascal’s Wager was played to demonstrate the power of the A13 Bionic, and it clearly didn’t disappoint. Even with all these improvements in power, Apple has still managed to give the iPhone 11 an extra hour of battery life with the new Power Managing Unit (PMU) found in the whole iPhone 11 lineup, which intelligently tells the phone where and how much computing power is needed.

When the iPhone Xr was introduced, you could purchase it for $749. This year, Apple has reduced the price to $699 and includes a whole free year of Apple TV+. This iPhone gives you the best bang for your buck out of all the other iPhones over the past couple years.

Apple implemented a new U1 chip into this years iPhone Pro models. With this chip if you want to AirDrop something for example, you will be able to point your iPhone at a person in the same room, and have that person appear first on your AirDrop list, if their receiving is on.

When the iPhone Xs and Xs Max where released, they got 2 meter water resistance up to 30 min, and that was a first for the iPhone. This year, Apple has pushed those stats even furthur, to 4 meter water resistance up to 30 min. Another first for the iPhone 11 Pro’s, is the 18 W UDB-C to Lightning fast charger that comes included in the box. FINALLY! This is the first time Apple has upgraded the standard 5 Watt power brick that has been included since the launch of the original iPhone and the USB to Lightning cable. This means that now, you can hook up your iPhone to your MacBook without any extra dongles required.

There are 4 finishes on the new 11 Pros: Gold, Space Gray, Silver and Midnight Green. 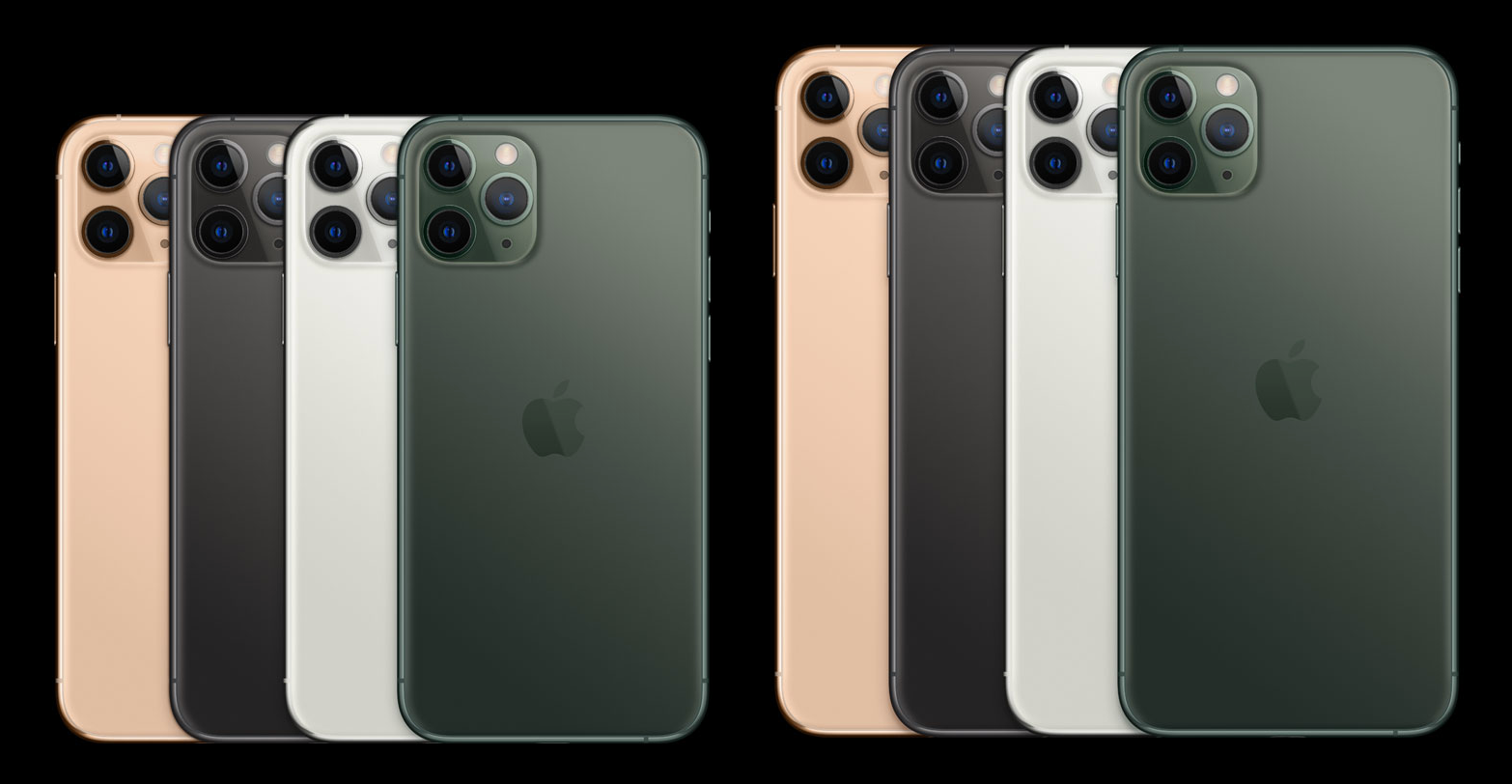 Last but most definitely not least, the battery life in this years iPhone 11 Pro’s has SKYROCKETED! The iPhone 11 Pro gets 4 extra hours, and the 11 Pro Max gets 5. Apple used their brand new PMU technology to achieve this, along with a more efficient A13 Bionic chip.

What are your thoughts about these new phones?