This Tuesday, Apple is hosting the annual September event at the Steve Jobs Theater in the Apple Park Campus. This event will focus on the big changes to the three iPhone Models, minor case refreshes to the Apple Watch and Apple’s new services.

This year’s theme for the September event was “By innovation only.” The Apple logo features 5 different colors with horizontal bubble-like forms. The invitation was sent out to members of the media in late august. You will be able to watch the Livestream here. All three iPhone models will be getting a big refresh this year. The New iPhone 11 will have a rear double-lens system while the new iPhone 11 Pro and 11 Pro Max will have a rear triple-lens camera system. The camera cutouts will reportedly be square. A new feature called Smart-Frame will be added to the triple-lens iPhones. This cool feature uses the third lens to capture additional information around your photos and videos, and after taking the photo or video you can go back and expand the margins of the frame. This is particularly useful if you might have left something out of a photo by accident. The extra information is stored on your iPhone for a limited time. Higher-end models will retain the same colorways while the iPhone 11 may sport a new green or lavender color. 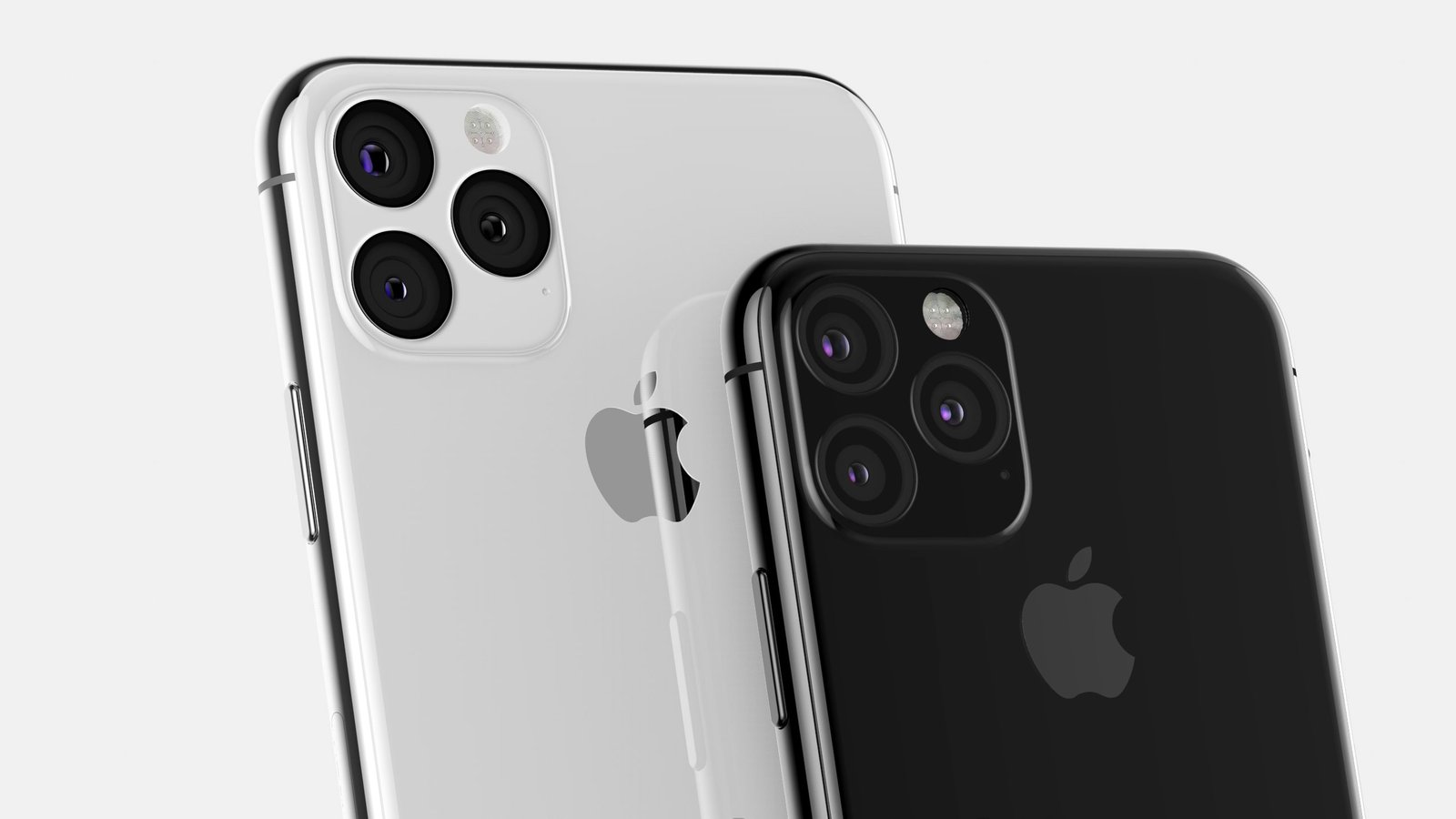 Both, the iPhone 11 Pro and 11 Pro Max will have OLED displays, while the iPhone 11 will still have an LCD. Screen sizes will remain identical to the 2018 screen sizes. The notch on the iPhones will remain the same size, with a smaller notch coming in 2020 and it completely disappearing by 2021. All iPhones will still only have one front-facing camera, but slow-motion will be possible now. Apple also recently bought Intel’s 5G modem business, so we will see 5G iPhones in 2020. Apple will also be centering the logo on the back of the device because of the much larger camera outline.

A couple of weeks ago, new ceramic and titanium case options were found in a watchOS 6 beta.

Back in February, Bloomberg ran a report, saying that native sleep tracking will not come this year, but rather in 2020. To achieve native sleep tracking the Apple Watch would need a better battery, allowing it to last easily throughout the night. To learn more about sleep tracking go check out our previous post. Series 5 will get a couple of minor hardware changes, allowing for some exciting new features.

iOS 13 will be officially released to the public about a week after the Tuesday Keynote. All new iPhone models will come with the software preinstalled. Right now you can only get the public betas (although we recommend you to wait until the official software is released).

iOS 13 brings a lot of new changes to the iPhone, including a system-wide dark mode, redesigned photos, and reminders apps, a look around a function in maps, the new Siri voice and much more.

WatchOS 6 is going to be a very big upgrade. Apple Watch will be getting its very own Watch Store, a noise app, menstrual cycle tracking, audiobooks, activity trends and much more. These upgrades are going to be a big leap forward into being able to use your Apple Watch more independently. You will be able to get watchOS 6 if you have an Apple Watch Series 1 or newer. For a more in-depth look at watchOS 6, make sure to go check out our review on its top 10 features:

Apple will be displaying its brand-new Arcade-like service. Users will be able to play over 100 new groundbreaking games that aren’t available anywhere else, made by some of the world’s most innovative game developers. With one subscription of $4.99 per month (according to 9to5 Mac), you and your whole family can play every single game in Apple Arcade on all your devices and even offline. The streaming service will offer exclusive shows, movies and documentaries from renowned filmmakers, including JJ Abrams, Steven Spielberg, and M. Night Shyamalan. Apple TV+ will be available in more than 100 countries and like Apple Arcade, it will be available as a subscription.

Apple is branching out its services, competing in more areas at once. The iPhones are getting big upgrades, along with the software, and we can’t wait to see what will come next.

In the October Event, Apple will release the new line of iPads, the official release of iPad OS, the Macbook refreshes and there are rumors of a long-awaited 16 inch Macbook Pro. Let us know what you’re most excited about.