We have already read and written about many reports where the Apple Watch became central in saving a life. Now a teen from Florida says that the Apple Watch helped her save her life.

ABC news reports that the Apple Watch notified the girl that her resting heart rate was too high and that she should seek medical attention. “It was alarming that the watch was telling us to seek medical attention,” said Stacey Recktenwald, Deanna’s mother. “I didn’t even know that it had the capability of giving us that alert.”

After they rushed to the hospital it turned out the the Apple Watch’s reading was accurate and the doctors diagnosed kidney failure. Both kidneys of the teen were only operating at 20%, but her only symptoms were a headache and being short of breath. 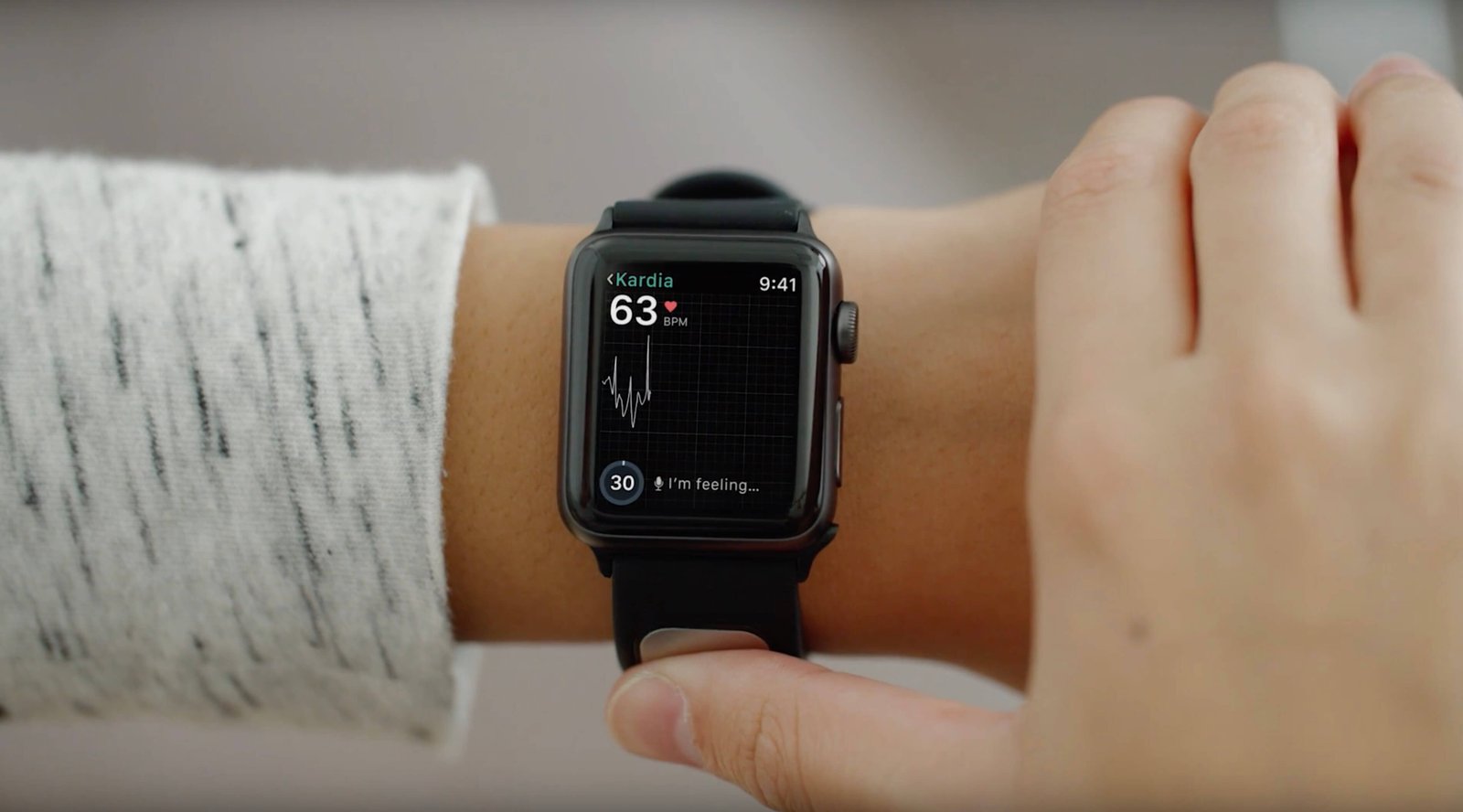 This in fact is critically important. It seems that many Apple Watch users don’t know that their watch can in fact notify them about abnormal heart rates. This feature does however not work on the original Apple Watch.

Tim Cook tweeted about this incredible story as well:

Stories like Deanna’s inspire us to dream bigger and push harder every day. https://t.co/O7xJ9n1MHg 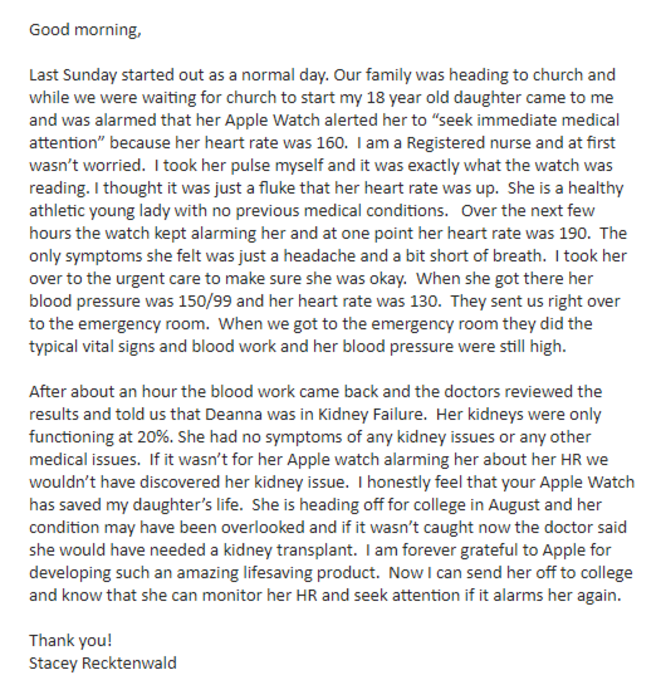 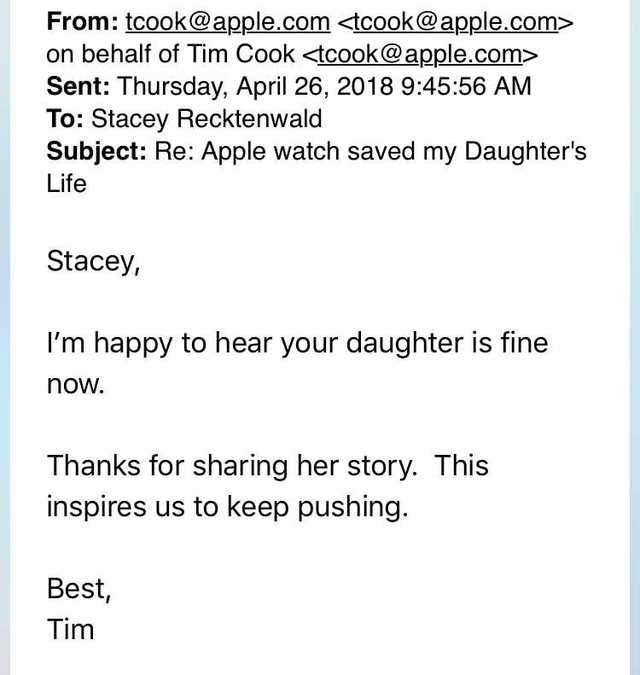