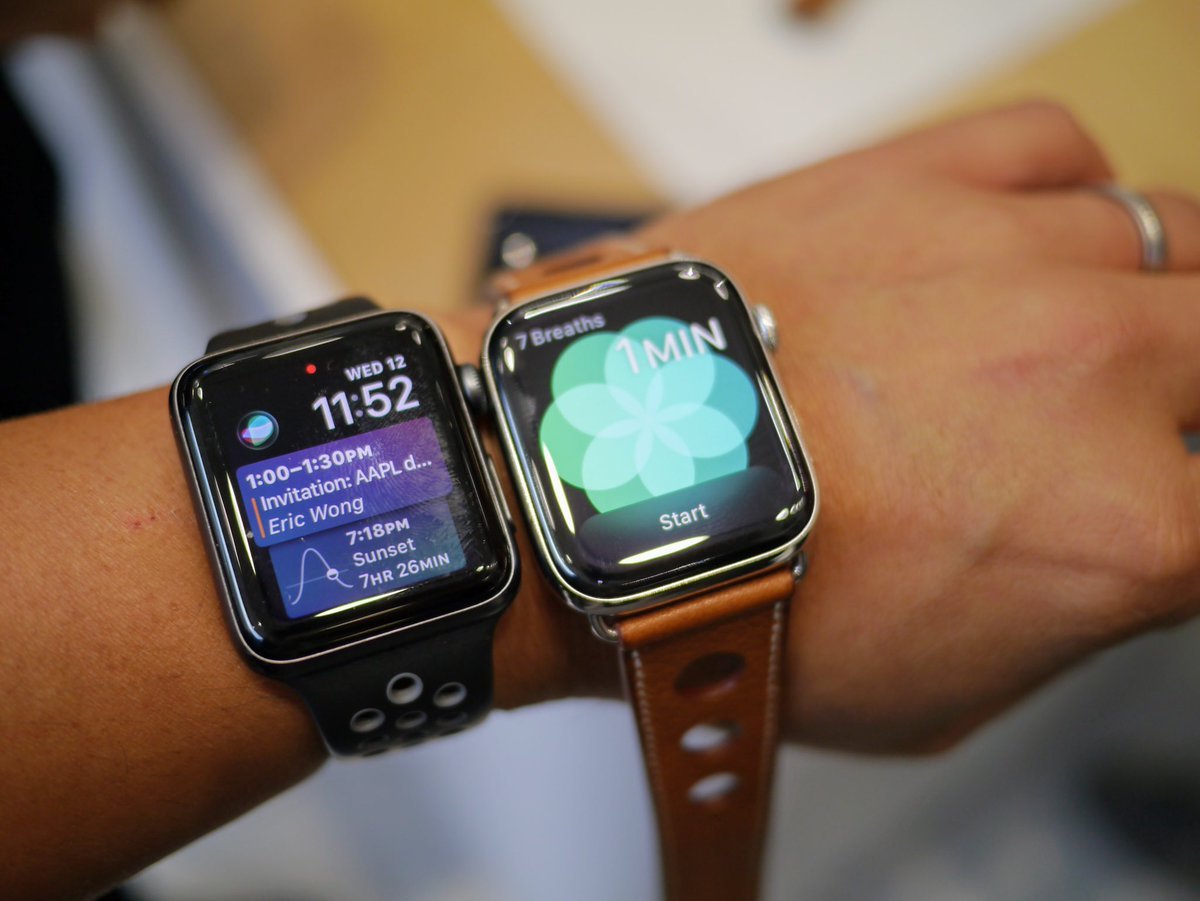 “Apple shipped 9.2 million smartwatches worldwide in Q4 2018, rising 18 percent from 7.8 million units in Q4 2017. Apple’s global smartwatch marketshare slipped to 51 percent this quarter, down from 67 percent a year ago. Apple Watch is losing marketshare to Samsung and Fitbit, whose rival smartwatch portfolios and retail presence have improved significantly in the past year.”

Decreasing marketshare is however not a good indicator to Apple’s success. Many lower end players in the smartwatch industry, offer significantly cheaper watches, with far less functionality. In terms of user experience, the Apple Watch remains unmatched.

Take a look at the data below for a full overview: 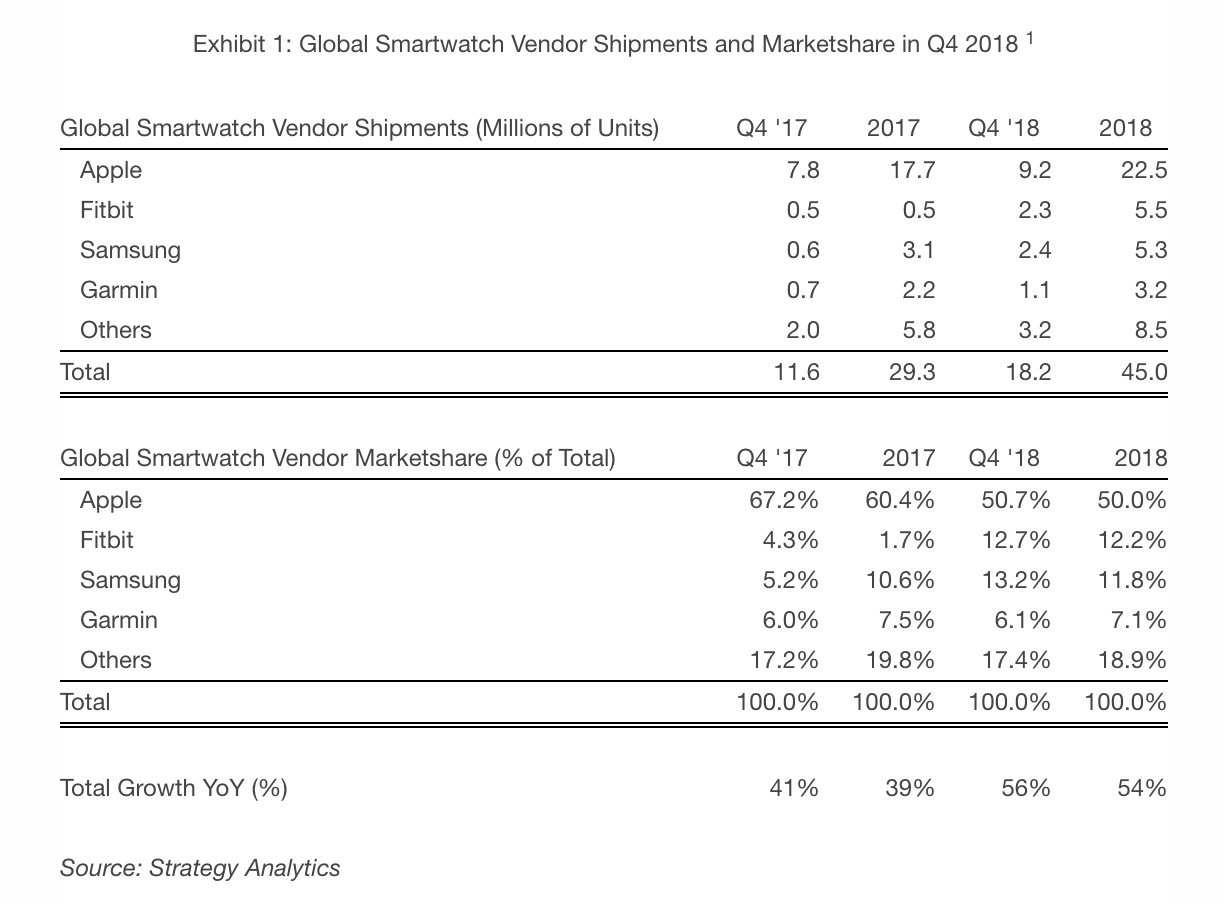